Bali Has a New e-Visa System

Travel and sports tourism is now allowed in Bali, and it is a simple process to apply for a visa.

Get in contact now for more information on how you can join us for an exclusive surfing experience. 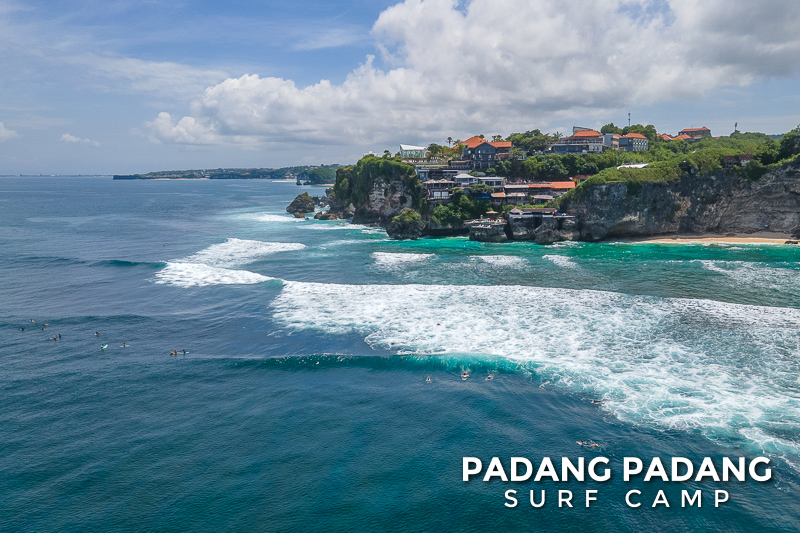 What a fun morning session this was today! Sunny weather, a clear sky, and clean surfing conditions made it a perfect start to the day. Long, silky smooth waves were peeling over the reef at Uluwatu, and everyone out there was having a blast.

Days like today are what make surfing in Bali so special. Besides the great waves, the clear water, and colorful fish underneath you in the line-up are the cherries on top. With the wind coming from the west and picking up tomorrow, the surfing conditions will most likely be best on the east coast again. 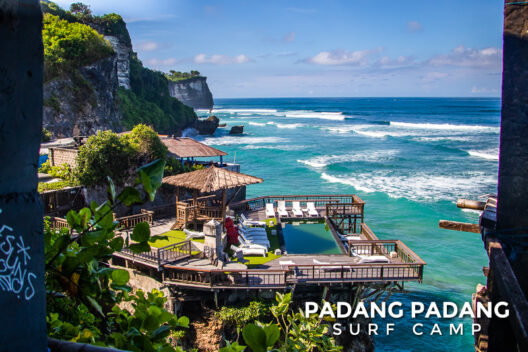 Uluwatu was the right choice today. A medium period swell with 13 seconds and five feet was enough to give the waves some punch. On a day like this, different peaks offer plenty of waves to choose from.

Clean, fast breaking waves were the perfect playground to push your surfing skills to the next level. The forecast predicts light wind for the rest of the week, with rising swell on Saturday we expect to have some great surf sessions. 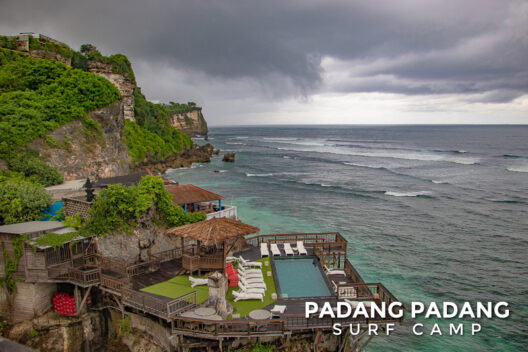 Light winds and head high waves this morning, but there was a squall overnight, which disrupted the waves and made conditions challenging. There were some good rides to be had, but quite difficult conditions, and a change from normal clean conditions. We decided to have a quick surf as always good to get wet. The forecast says the wind will change direction, so we will see how it looks after the tide turns, and maybe go back to Uluwatu for 2nd session, or take a trip over to the East coast for some Nusa Dua action. 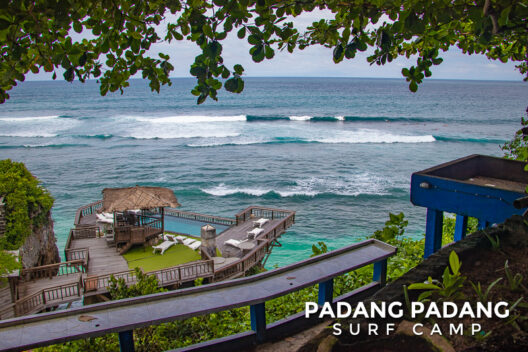 The swell was bigger today, and the waves more powerful, but the wind was stronger and this made for challenging conditions. The best waves today were on the peak and there was some bombs to be had, but the onshore wind made the wave more difficult to read and also a bit harder to catch. To improve your surfing it is best to surf in a variety of conditions and swell size. After 8 months constant offshore winds it is a bit hard to adjust to onshore waves with a bit of bump, but necessary to get your surfing ability to the next level. 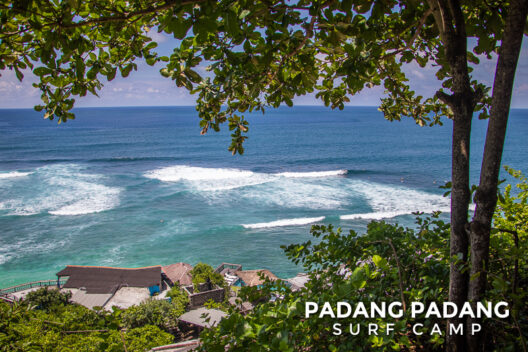 Sunny and new swell this morning, but the wind was onshore at Uluwatu. We did consider going over to the east coast, but the wave quality was quite good at Ulu’s, and not many people at start of the session. 1 long ride at Uluwatu is enough to make a great surf session, and there were a few 300 metre rides peeling to the end of the race track. An advantage of onshore conditions is that the hot local surfers generally do not bother, and today it was mostly intermediate surfers. 1 tip for these conditions: don’t take the first wave in the set as that is the bumpiest. The secondary waves in the set will be cleaner due to the first wave breaking up the chop. 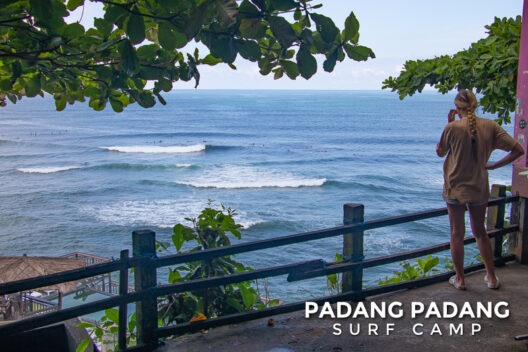 Perfect surfing conditions again here in Bali, with a light offshore wind and blue skies. The swell is quite small today and just 2 people out surfing baby Padang. Just around the corner at Uluwatu, the waves were head high, and perfect for intermediate surfers. Long rides, clean waves not too powerful or fast and enough water on reef, gives intermediate surfers perfect opportunity to improve their surfing. Not having to wear a wetsuit improves the quality of the experience, and also makes surfing easier. 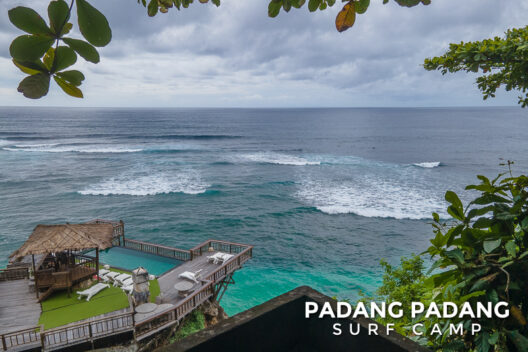 Very poor conditions today by Bali standards, with a very small swell and onshore wind. Uluwatu still works in an onshore wind, so there was still some waves to be had, and enough power in the wave to do some turns. Always fun to get wet, and the water is nice and warm this time of year. Tomorrow’s forecast is even smaller, and looks like we are in for a whole week of very small waves. 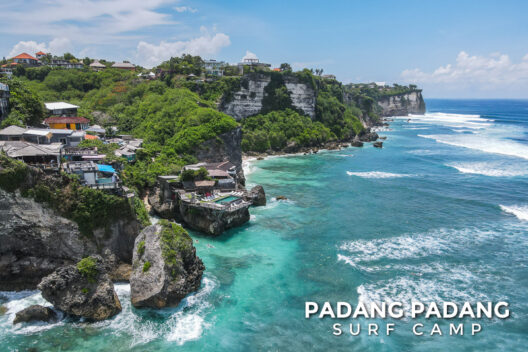 Another perfect day for surfing, in the world’s best, and most consistent surfing island. Sunny with light offshore winds, the wave quality was world class, and perfect for intermediates and improvers. Plenty of head high waves with the occasional bigger set, there was enough waves for everyone to have a great session. Tourists are slowly returning to Bali since they reduced the quarantine requirements, but still plenty of elbow room in the line up, and today was the day to fill your boots with good waves. Swell forecast to be a bit smaller tomorrow, and by the end of the week, south coast breaks will be the place to get overhead waves. 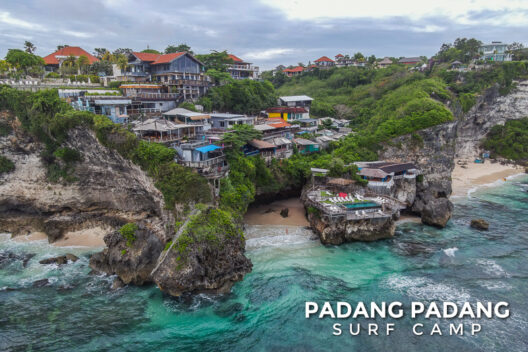 Perfect conditions for intermediate surfers at Bali’s premier surf spot today. It is a common misunderstanding that November is wet and onshore on the west coast of the Bukit. Winds are light and variable this time of year and you can get clean conditions on East, West and South coasts. When the swell is tiny, the south coast if the place for bigger waves, but Uluwatu was perfect today for your average surfer who wants to ride long, clean, head high waves. Hot and sunny.

Uluwatu was “discovered” in the 1970’s by Aussie surfers travelling to Bali to party. They could see the long perfect waves from the aeroplane and made the trek from Kuta. Until the 1990’s access was quite difficult to Uluwatu and even after the paved road went all the way you still had to climb up and down the ladder holding your surfboard. These days there are steps and railings to help you to and from the famous cave. Uluwatu is never flat and never empty but the reef is very big and there are many sections. Can comfortably hold 100+ surfers when the waves are pumping. Surfable all tides, it takes some time to know which section works best on which tide.  While the peak is consistently pumping out the biggest waves it attracts the crowd like a moth to a flame. Easy paddling distance from the peak is temples which is best on high tide and is a fast barrelling wave that is usually less crowded than the peak but has a hard core crew of expats.

The surf camp favourite section is the racetrack which starts directly in front of the paddle out of the cave and can go all the way to the big rock where the water photographers are waiting to get the barrel photo of a lifetime .The racetrack requires patience and steely resolve not to follow the herd to the peak, but when the right one comes your way you will be well rewarded. It’s not called the racetrack for nothing and even when shoulder high you can get a powerful ride 400 metres that will amaze and delight.

Unlike other breaks on western coast of Bukit the swell hits Uluwatu directly, which gives greater size and power but it is not always as clean as the other breaks on the coastline. From Padang Padang to Balangan and the breaks in between (Impossibles, Bingin and Dreamland) the swell refracts and cleans up the swell. Uluwatu can be perfect on a small to medium sized swell but there is a lot of water moving when the swell is double overhead+ so a bigger board is required. Outside corners is the premium big wave spot in Bali and can break fast and perfectly before mellowing out in deep water. On massive days (Uluwatu can hold 30-40 foot swells) it is possible to get a ride from the bombie all the way through to outside corners which is approximately 1 mile but be careful as drownings are not unusual. 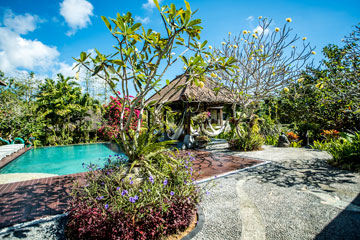 We Are based in Padang Padang, Bali and provide surf lessons for beginners, surf guiding for intermediate / advanced surfers and quality accommodation at our beautiful location on the Bukit peninsula.

We take you to the best surf breaks in Bali, shoot photos and upload to this site every day.

All the pictures on this site are Bali Surf Camp guests or guides.

Want to be on the Bali Surf Report? For more info Contact Us Here